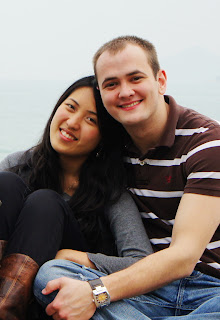 Being born and raised in Hong Kong, where the east meets the west, I’m very much a person who enjoys learning different cultures and meeting people from different backgrounds. I met my dear husband – Jerry Simpson – at V2. =) I enjoy making  (and eating!) yummy food and making things organized. I worked at the IBLP Hong Kong office for over a year and am now working part-time for IBLP HK office and VOICE. My life goal is to live to love God more each day and eventually work with orphans in Taiwan.

I first got in contact with IBLP by helping at the Children’s Institute in 2007, and I went to VOICE in summer of the same year. In 2008, I returned to VOICE as a V2 student and also went to VOICE missions in Guatemala the same summer. I’ve also helped out at the Northwoods in VOICE 2010.

Favorite VOICE Memory: Hearing how God is doing amazing things in the lives of the people at VOICE and worshipping by the lake. 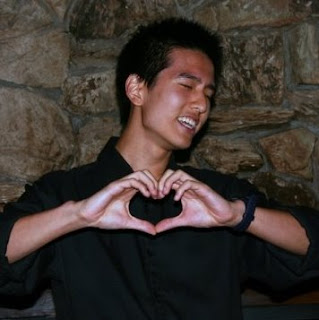 I am born and raised in Hong Kong. I currently an undergraduate college student in the United States, and I am part of the CampusCrusade for Christ group on campus. I am interested in playing guitar, eating and playing with new things (like technology). 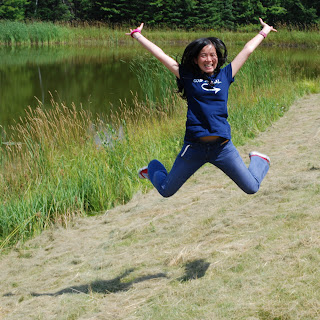 I grew up in Taipei. My father was a high school teacher but now he’s a businessman. My mother is a housewife. I have two older brothers who love me dearly. Due to my father’s influence, I have always wanted to become a respected teacher. I taught for one year in an elementary school. I now work at the Pei Ji Educational Foundation. My position allows me to interact with people from different cultures and backgrounds, so I really enjoy the challenges and joys of this work. I also like talking to people and helping people. At church, the children call me Teacher Kuo, and I love working with them. Watching them grow makes me happy, and I often find myself laughing over something they have said.

Favorite VOICE Memory: My favorite part of VOICE is finding friends who can grow with me spiritually. We cry together, laugh together, pray together, and see God work in each others’ lives. All of these things are so precious to me. 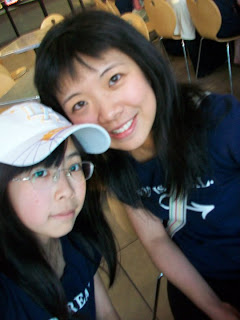 Since I attended VOICE in the summer of 2006, I found myself in living in an unfamiliar place for a month. As a second-generation Christian, I thought I was already very familiar with the truth of Scripture, but I was wrong. God’s love for me is far deeper than I can ever imagine.

Learning to accept the way God made me has not been as easy as I’d expected until I heard the principle of design in the Basic Seminar. I struggled for a long time with feelings of inferiority, particularly in the way I related to other people. It was a problem I hid in my heart for a long time. But God continued to show His mercy, love, and grace through interaction with my team, my team leader and other staff, through the friends I lived with that month, including the guys I originally misunderstood but eventually became my good friends, most importantly, through God’s promises and His creation. That was when I knelt before Him and asked Him to be the Lord of my life and to heal my broken life, even though I had often despaired of life because of those feelings of inferiority and disappointment. In God’s healing love, He gave me a new beginning, and I have found rest in His loving arms.

When I was little I didn’t think I was a lucky and blessed person at all, but now as I look back, I can see how God poured His blessings upon me; however, I believe what I see is just the tip of the iceberg. When I signed up for VOICE in 2011, little did I know what God had planned for me; God brought me back to VOICE in 2014 as V2. I used to think that receiving Salvation meant that you were saved the day when you received it, and that was all; however, through VOICE2014 I learned that Salvation is not an one-day thing but a daily thing.
Currently I’m a freshman in college studying Psychology. I love reading, swimming, eating (chocolate), volleyball, frisbee and sleeping. Those are some really amazing things in life, but there is nothing more amazing than feeling beloved in Jesus’ arms. 😀

Favorite VOICE memory: It’s almost cruel that I can only choose one! My favorite memory is how God has worked in others’ lives and mine. From the struggles and obstacles we had to the blessings and laughter we shared I can see God’s grace. Jesus is just so sweet! Jesus makes VOICE THAT amazing! ♥ 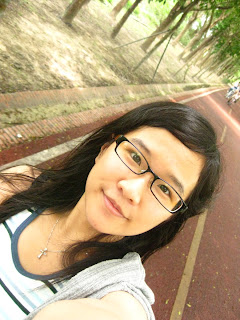 Favorite VOICE Memory: Early morning at Northwoods! and the SMORES!!!!! 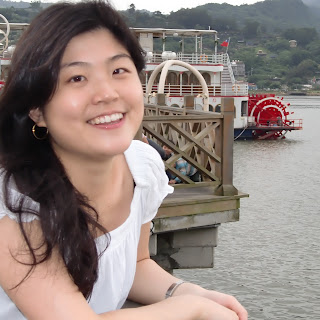 I like music, drama, and linguistics. I grew up in a family that serves God through music, so that influences how I worship God. In 2007, God led me to work at the Pei Ji Educational Foundation where I have experienced God’s amazing direction. In 2010, because of His grace, I had the opportunity to serve with V2 and experience God’s reality through the conference.

Favorite VOICE Memory: When Tim wrote Father’s Vow for the musical, he was thinking of his grandfather. Now when I hear that song, I return to the day of the performance when his grandfather passed away and how God revealed His glory through the musical. 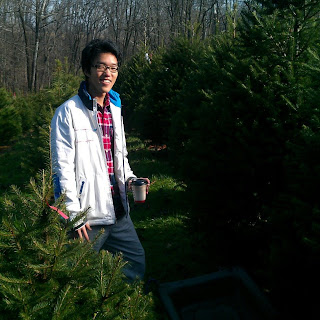 I was born and raised in Taiwan. I’m now studying at University of Delaware as an exchange student from National Taiwan University majoring in mechanical engineering. I’m interested in studying the Bible, traveling, making dessert/cooking.

Favorite VOICE Memory: Amazed by the stars in the sky in Northwoods.

I’m from Taiwan Taipei, I have one older brother and one older sister, my parents are both pastor, so I been grown up in a Christian family, knowing God since I was born didn’t really help me to understand God’s love easier then others tho. I joined VOICE in 2013 and be V2 in 2014, those are the best summer that I have ever had!

Favorite VOICE Memory: My favorite VOICE memory is all the friendship, some of the friends we didn’t really stay in touch now but we still pray for each others, some of them for once in a while we talk and laugh and pray, those friendship i will forget, just a mouth and we became so close and shared our life, that’s something really special.

I grew up in Taoyuan, and VOICE is my first experience to go abroad. I became a PK while I was in high school. Currently, I work for a consulting firm, and was surprised and amazed by God that He leads me to this company as a system configuration consultant. I enjoy dancing, playing volleyball, reading, traveling (but I hate packing and carrying luggage…) and shopping in outlets! 😛

Favorite VOICE memory: It must be night hiking in VOICE 2013. The horror and thrill of lost in the dark was so memorable.

I am from Taiwan, I love my life. Born in a small family, but now living with a huge family. My major was TESOL, I taught English in elementary school for two years. I love everything in life, especially raining day. I love music, people, film-editing and driving.

Favorite VOICE memory: I love the worship in VOICE. I love 2014 discipleship class. I love those tears and laughing time. I love those crazy time in Northwoods! 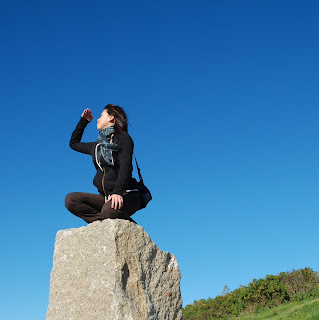 Currently employed at a small Chinese television station, but what will happen after 3 months, I have absolutely no clue. =)

P.S I’m REALLY HAPPY NBA season is back, anyone with me? =)

Favorite VOICE Memory: This one’s WAY easy, unquestionably, when I played the “THE BEAST” for our Chinese New Year’s dinner. It was really cool going on top of the tray stacks, and having mascara smeared all over my face. Embarrassing moment, not sure if I want to see it again, but definitely THE BEST MEMORY =) 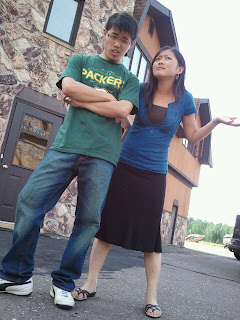 Born and raised in Taiwan; I’m currently studying biochemistry at National Taiwan University. I grew up in a Christian family and have been a PK for about 15 years; I’m a young-earth Creationist. I enjoy playing soccer, studying the Bible/theology/biochemistry, playing guitar/trumpet, singing bass, rearranging songs, etc. The goal of my life is to enjoy God, to see His beauty, and to worship Him. Along the path of pursuing my goal, I got involved in CI (Children’s Institute) and somehow that led me to VOICE. I’ve been working with IBLP for about 6 years and have been benefited from it very much. 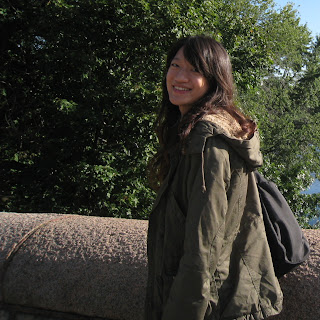 While serving as an assistant in the 2004 Children’s Institutes, I learned about VOICE. Even though I grew up in a Christian family, I didn’t come to know God personally until I went to VOICE in 2006. I like watching movies, listening to music, singing, and I love children! I am currently preparing for a license in social work, but I’m not sure what I will do after that.

Favorite VOICE Memory: I love the worship at VOICE, and perhaps most unforgettable was watching the sunrise at the Northwoods!