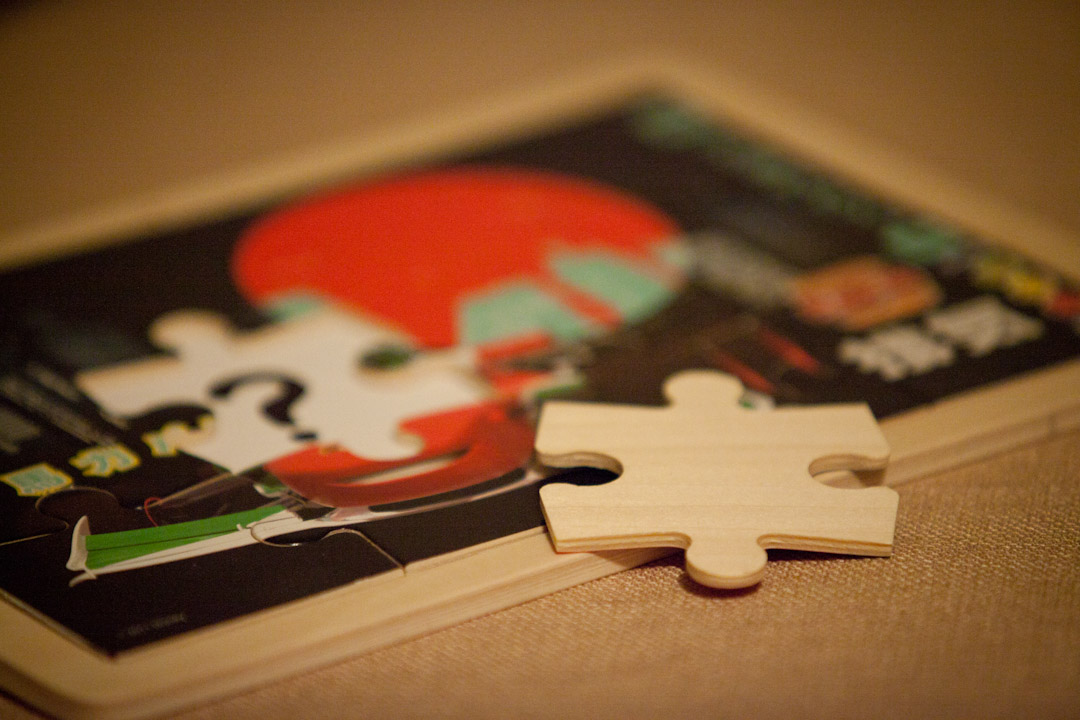 I’ve always enjoyed putting puzzles together because the bigger the puzzle, the greater the challenge! I’ll confess, I’m not one for suspense. I always had to know what the finished picture was going to look like before I could even begin.

Have you ever played with a puzzle that you pulled out from the archaic pile in the closet, only to come up with 999 of the 1000 pieces? You’re no longer happy that you put together 999 pieces; you’re mad because that 1 piece is missing!

Right now, I’m staring at that almost completed puzzle and am frustrated because I just can’t figure out where that last piece is, or even what the finished picture will look like. It’s missing an important piece – and one I’d rather have in my little box so I can finish my puzzle. I mean, I have things to do, people to see, a life to live, right?! Why does God have me sitting here staring at a blank hole in the picture, with a huge question mark in it’s place?

Because instead of a ‘?‘ I’m beginning to see the true attributes of WHO God is, based solely on just that – Who He is. It is easy to come to a realization of who God is by what He gives; but, what if He takes? Where do you stand if you’re relying on those gifts to shape who God is to you, and they crumble under your feet?

Even though it looks like there is a piece missing – my picture has already been completed because it is Jesus who holds that piece. He’s the Author & Finisher of my Faith with the timing of completion totally up to Him; and one glorious day we’ll all be able to see our finished pictures. Won’t that be wonderful?

Jeremiah 29:11 says For I know the plans I have for you,” declares the Lord, “plans to prosper you and not to harm you, plans to give you hope and a future.