In the past few years, I have dealt with a number of people who I felt were doing their jobs wrong. When I looked at the actions they took, I thought of many different ways that they could act and think differently. By differently, I meant “better”. I looked down on those people because they did not think or act as I thought they should. I lost sight of the people themselves because of the “glasses” of arrogance that I wore. My pride told me I was better. That pride led to anger. Frustrated, I would ask myself why they did not do things as they should be done (as I would do them.) I began to despise them. Whole groups of people became no more than targets of my distain.

This morning I was reminded of Proverbs 6 verses 16-19, which says:

There are six things that the Lord hates,seven that are an abomination to him: haughty eyes, a lying tongue, and hands that shed innocent blood, a heart that devises wicked plans, feet that make haste to run to evil, a false witness who breathes out lies, and one who sows discord among brothers.

In my arrogance I looked on my neighbors with haughty eyes. I spoke of them in pride and anger, and not as God sees them, so I spoke with a lying tongue. I was angry without cause, which is the same as shedding innocent blood. Looking at the rest of the 7, I realized that in my arrogance, I acted out each of these 7 abominations to God. That is not a good place to be. It is a scary place to be. God made it pretty clear that I am not lining up my life with the gospel.

I want my life to reflect the gospel. And what does the gospel say? “All we like sheep have gone astray; we have turned—every one—to his own way; and the LORD has laid on him the iniquity of us all.” —Isaiah 53.6 “They” are not the ones who are messed up and worthy of judgement, it is “we”, or, me. I am just as deserving of judgement and distain as those I looked down upon. I am more deserving of judgement if Jesus’ treatment of the Pharisees is any indication. Thankfully, judgement is not where the gospel leaves us. Even as my actions have been an abomination to God, Christ has taken my iniquity upon himself.

Wow. That is pretty cool to think over. Again, God has chosen to lift me out of the pit of my own slime, take the slime on himself, and clean me.

With this renewed perspective, how do I go forward? Micah 6.8 sums it up very nicely:

He has shown you, O mortal, what is good. And what does the LORD require of you? To act justly and to love mercy and to walk humbly with your God.

This is what God showed me in the mirror of these verses. Take a look for yourself. So, I had the privilege of meeting a moderately influential individual a couple of months ago. However, what impressed me more than who he knew was the attitude he displayed in connecting God’s people with some of his influential/prominent friends. If you happened to share with him your vision to, let’s say, head to Africa to be involved in missions trips, or even look for a new area of the country to hold the VOICE Conference, he would immediately begin thinking of ways to link you with one of his other friends who would be able to help you with your vision.

Why was this so noticeable to me? Mainly because his example of humility to bless God’s people helped reveal some of the pride that was hidden in my own heart. You see, this man lived life with the perspective that what is good for the Kingdom is good for him. Meaning, his personal agenda was not going to get in the way of advancing God’s Kingdom. Can I say that about myself? How often have I wanted to hold onto my friends, so that I could keep my cool connections to myself? How many times do I live life with the outlook to advance my own selfish “spiritual” ambitions? 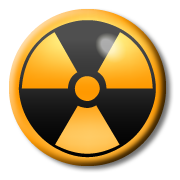 A pastor I listened to the other day stated that it isn’t very difficult to uncover the majority of sins that lie deep in our heart…except for pride. Pride is the carbon monoxide of sin – it virtually is impossible to discover on our own – we need the Holy Spirit’s help! It’s a silent killer and it works its way into every area of our life – especially in our spiritual interaction. Can you honestly say that what is good for the Kingdom is good enough for you?

At each post VOICE staff discussion time, I can count on someone giving me the same criticism that I receive every year. Each time, I nod my head wearily in agreement, and try to keep from rolling my eyes in frustration.

“Next year, you need to finish the musical BEFORE VOICE starts.”

Yes, I could imagine the great advantages of finishing the musical before VOICE started, and no one knew better than me how brutal the process of scrambling to finish the musical is on my mind and body. During VOICE last year, I only slept an average of 2 to 4 hours in order to get everything finished in time for rehearsal each day.

At the same time, no one understood how impossible it is to write a scene when the ideas aren’t clear in your head. I can’t write blindly, hoping something good will come out. I need to know where the scene takes place, what people are in the scene, who they really are, what needs to happen in the scene, how it fits in with the rest of the musical…

I became resigned to my fate, rationalizing that it was just the way I worked. Besides, wasn’t it always exciting to see how God would work it out so that we would still be able to practice and learn everything on time?

However, after barely managing to survive the pressure cooker of the musical last year, I finally took time to really think through my writing process, and I suddenly had an epiphany: I had never seriously prayed for God to help me finish writing the musical before VOICE started. Why? For some reason, I felt like the task of finishing the musical on time was ultimately my responsibility. If I failed, it wasn’t God’s fault, it was my own. In that case, why should I bother God by praying for something that was my own responsibility?

By identifying this underlying attitude, I realized how arrogant I was. Did I really think that the LORD God who created heaven and earth in six days wasn’t able to help me create a musical before VOICE started?

Right now, I’m in the middle of trying to get Act I finished. I currently have about 2.5 scenes out of ten left to write, but since I’m currently stuck on a point, I decided my time could be better spent writing this blog post instead. Even though I don’t know how to write the scene I’m working on, I know that my great Creator knows, and that He is able to work through me to actually finish the musical on time this year.

I think the biggest hindrance to God working in my life is myself. My own pride is the thing that prevents me from hearing constructive criticism or changing the way I do things to make them better. What if I didn’t fear the opinions of those around me? I would have so much more freedom to be who I really was and do the things I really felt called to do.

Scripture says that God hates pride (Proverbs 16:5). It also says that God is opposed to the proud but gives grace to the humble (James 4:6). This is good news! It means that God is on our side to help us get over ourselves! He hates our pride even more than we do and sent His Son to die on the cross to save us from ourselves.

Here are a couple ideas for getting over yourself:

Remember, Christ DIED for your sins, so that you could live in freedom FOR Him. You are not alone!